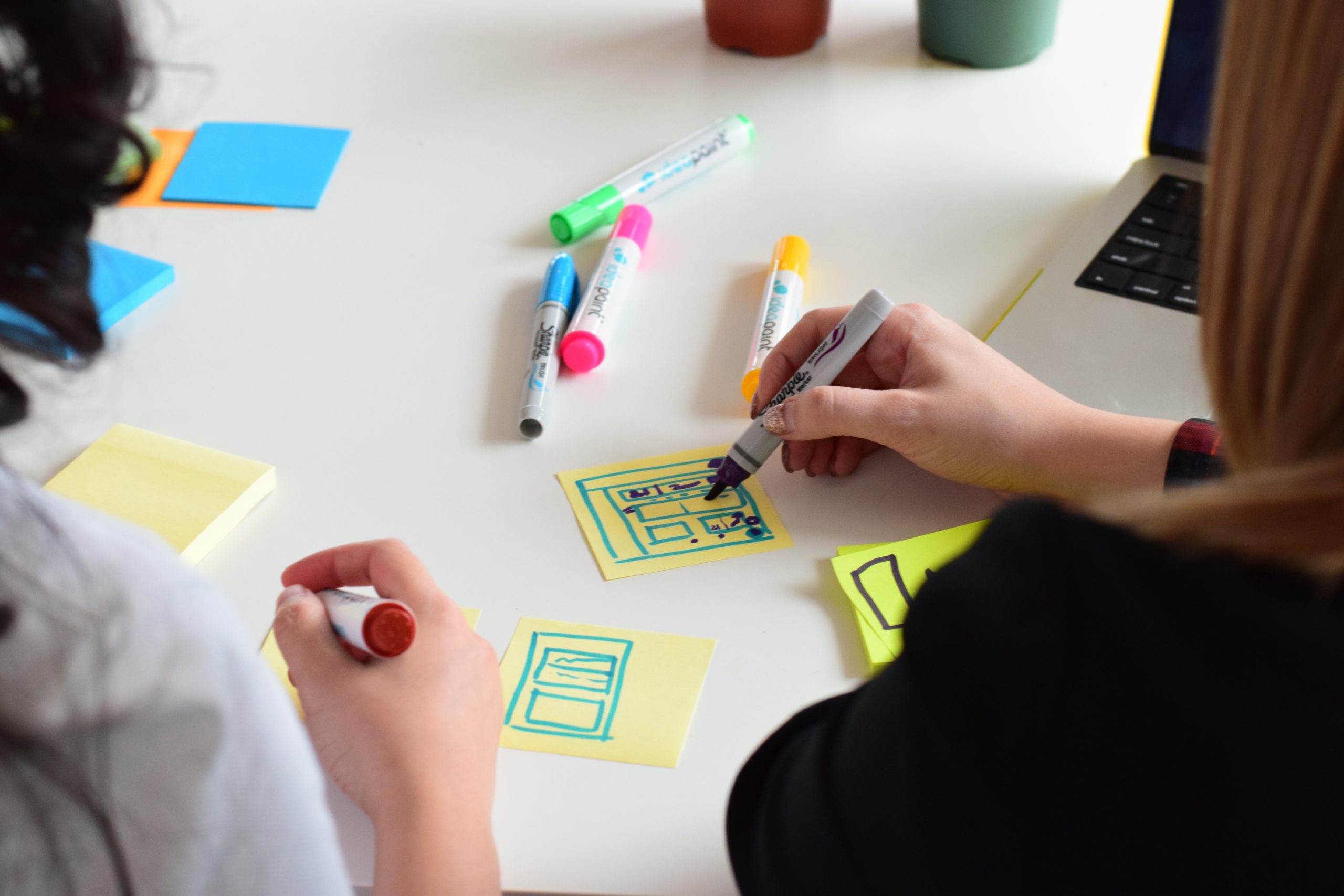 Mobile messaging is the future of sales and marketing, and chatbots are the reason why – no one denies this. Having said that, it’s time to consider what the ideal messaging platform might look like.

How did we get here?

The 1990’s were a great time to be alive. Friends, the Chicago Bulls NBA dynasty, grunge rock, Biggie, Tupac, and the birth of digital marketing. The arrival of the internet (known then as the “information superhighway”) and the development of the Web 1.0 platform made digital sales and marketing a realistic possibility. It was exciting, but plenty of limitations still existed – the web’s first iteration let users find the information they wanted, but didn’t allow them to share it.

New ways of selling are being created, and companies need new approaches to capitalize on them.

Enter Web 2.0, which allowed people to become active participants and interact with other users and businesses. Social networking sites like MySpace and Facebook burst on the scene, and companies began to see new opportunities to sell their products and promote their brands. New ways of selling are being created, and companies need new approaches to capitalize on them. We’re still looking for the ideal, but in order to know what that might be, we have to consider a few approaches whose best days might be behind them.

Is email dead, or does it just smell funny?

First and foremost among those is email. When it comes to sales and marketing, email’s popularity has been trending downward because of simple overuse. What’s more, it’s not being used intelligently – almost half of all brands don’t use data to target their emails according to a survey by Web Presence. As if that weren’t bad enough, Statista found that well over half of all global email traffic is pure, uncut spam. These stats go a long way toward explaining why Forrester recently found out that less than a quarter of consumers have any confidence whatsoever in emails from brands.

If you’re a marketer hoping to build an audience, just don’t bet big on last year’s model. And if you do, at least test drive a few newer ones first.

Still not convinced? Millennials aren’t just killing lunch and napkins, they’re also bolting from email – according to Scientific American, email usage by 25 to 35-year olds has dropped almost 20 percent, and it’s down 60 percent among teenagers. “Email is just one of many increasingly popular and important channels” says Scott Edmonds, CEO and founder of Chatcast. “If we’re going to say goodbye to anything, it’s just to email as the default. Consumers have too many options and are drowning in convenience. If you’re a marketer hoping to build an audience, just don’t bet big on last year’s model. And if you do, at least test drive a few newer ones first.”

Another trend worth taking note of is highlighted in a recent study by Epsilon, which found that while email OPEN rates maintain a slight climb, CLICK rates are dropping faster with each passing year. Simply put, people may be getting and opening more emails, but they aren’t liking what they see.

It’s impossible to discuss online banners without giving a shout-out to Andrew Chen’s Law of Shitty Clickthroughs, which states that eventually, everyone will stop clicking. As an example, Chen compares the average clickthrough rates of banner ads when they debuted on HotWired.com in 1994 (78%) versus banner ads on Facebook in 2011 (0.05% and dropping steadily). The reasons for this, according to Chen, are threefold – novelty inevitably wearing off, the fact that being first to market never lasts (if you have a successful idea, your competitors will copy you), and the notion that early adopters respond better to marketing efforts across any given metric (signup %, CTR, CPA) than later customer segments, which is why a marketing strategy focused on early adopters is bound to function better.

Other experts support Chen’s thesis. “There’s been this industrial complex built around banner ads for 18 or 19 years, and we used to see a 40 to 70% clickthrough rate when they started” says Jonathan Perelman, vice-president of agency strategy at Buzzfeed. “Today, you’re more likely to summit Mount Everest than click on a banner ad – it’s not good advertising, frankly.”

On top of that, the cost effectiveness of banner ads is low. For most banner ads, the industry average is between two and five clicks for every 1,000 impressions. In other words, if a banner ad appears on 1,000 Web pages, between two and five people will click on the ad to learn more. Naturally, those five clicks don’t have a lot of value to most advertisers, since even those few clicks will not all generate sales. Out of 100 clicks, maybe one person will actually perform the action they are being asked to do.

Since the web’s earliest days, retailers have put “Contact Us” forms on their websites in the often vain hope that site visitors will connect with them. And when customers do connect, the result is often frustration and missed opportunities. Customers (especially those who don’t have massive amounts of internet experience) often click on forms expecting immediate results, only to find that they’ll get an email in a couple of days (if they’re lucky) with a request to schedule a call. More back and forth about scheduling the call typically follows before the call happens, and even then there’s no guarantee that satisfaction will be had.

It’s an inefficient, frustrating approach for everyone involved, and it leads to a poor customer experience, reduced trust, and a lack of customer loyalty, but the good news is that this approach appears to be on the way out – according to Small Business Trends, 70% of small business websites don’t even have a call to action, and evidence points to the fact that shoppers prefer interactive experiences (like chatbots) that allow them to have a two-way participatory conversation in order to get the answers they need. Companies that do manage to reduce the time they take to get back to a lead give themselves a distinct advantage – research conducted by InsideSales.com found that companies that called a lead within five minutes from the time that lead submitted a web form were 100 times more likely to get the lead on the phone than if they called just half an hour later.

You can target people on Twitter, Facebook, and Linkedin, depending on which pages they’ve visited on your site. You can use live-chat and messaging tactics to qualify leads when they start to look at your Pricing or Service pages. You can even send these repeat visitors different messages. That way, people can talk to your sales team ASAP at their own convenience.

“You can still convert visitors in new and frictionless ways” says digital marketing guru and New York Times bestselling author Neil Patel. “You can target people on Twitter, Facebook, and Linkedin, depending on which pages they’ve visited on your site. You can use live-chat and messaging tactics to qualify leads when they start to look at your Pricing or Service pages. You can even send these repeat visitors different messages. That way, people can talk to your sales team ASAP at their own convenience.”

Instead of the current state of affairs, what if there were a conversational platform that provided an instant, multi-channel messaging experience? Here at Closer, that’s exactly what we’ve created – and we’ve done it by being unafraid to question the status quo. Instead of a contact form, a chat widget provides immediate contact between customers and businesses. After business hours, sophisticated AI takes over and proposes the best means of interaction, routing the conversation to the most capable people and providing them with the info they need to make the best possible offer to the customer.

Even before that process begins, an AI-powered bot can qualify leads and easily schedule a call between a human representative and a potential customer. All of this is done with one critical goal in mind – maintaining continuity of conversation so that a potential customer can continue the conversation on any platform they choose and have the entire history of their interaction available instantly. The Closer app brings everything together under one umbrella, making it the easiest way for a potential customer to get in touch and stay in touch.

The customer of today expects rich communication that is easily accessible, portable and synchronized, through the tools and content that come most naturally to them – and they aren’t getting it from the old ways.

The customer of today expects rich communication that is easily accessible, portable and synchronized, through the tools and content that come most naturally to them – and they aren’t getting it from the old ways. A study from Twilio found that 90 percent of customers would prefer to message brands directly, but less than half of brands give them that capability. It’s a market inefficiency that’s ripe for exploitation, and Closer can help you take advantage of it by minimizing the time spent on formalities and maximizing the time spent on building relationships with your customers.

Thank you! Your submission has been received!
Oops! Something went wrong while submitting the form.
Wait,
there’s more!

Check out all articles